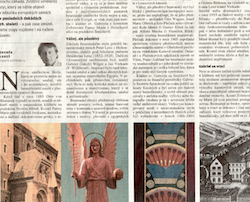 Exhibition Hall in the Benedictine Abbey of Our Marie and St.. Jerome, 49 Charles Square, Prague 2

Entrance at the gatehouse.

We invite you to the opening of an exhibition of unique art, named after it’s place of origin, Beuron, which drew from the ancient times of art history, while at the same time providing an impetus to the modern.

The works of Art Nouveau artists along with those of architects such as Plečnik, Gaudí, Kotera, Bilek and others emanated from the Beuron arts.

In 1905, the Art Nouveau movement organized an exhibition of sacred art in it building in Vienna. The Beuron School of Arts, founded in 1894, agreed to participate. Various artworks were transported to Vienna from German village of Beuron and Prague from both Emmaus Monastery and St. Gabriel’s in Smíchov. The architect of the exhibition was Josip Plecnik.

In Prague, one of the three centers of Beuron art besides Beuron and Monte Cassino, there has never before been an exhibition of the Beuron Arts. 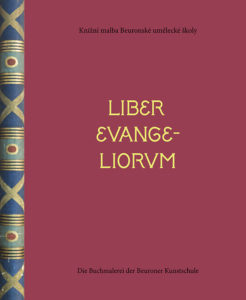